As you know, when we decided to create the association, we only knew two cases in Spain with this syndrome. A little more than a month ago we welcomed Laura from Toledo, her relatives found us right after receiving the diagnosis. And today, we announce that this beautiful girl named Alicia, coming from Barcelona, has joined our family.

The main objective of our association is to raise funds to continue the research of Dr. Lipton, but linked to this goal there is that of publicizing the syndrome so that other affected families join our project and never feel alone. Therefore, we are glad to be achieving both goals.

How important it is to be able to give light to families that have just received this complicated diagnosis! We are thrilled that Alice and her family are feeling supported, together we will continue to fight for a treatment!

We present you the experiences of Alicia and her family up to now, described with affection by her mother:

Being our third daughter, we soon realized that she wasn’t evolving as she should, especially because she was not attentive to her surroundings, she did not smile, she was not interested in toys … She started with early stimulation and although very slowly and with much work,she was advancing.

She was done many tests but nothing conclusive came out; At 18 months they began to suspect that she had a mitochondrial disease. Those days she had an epileptic crisis and we began to treat her both for epilepsy and with vitamins for the mitochondria.

After a year and a half and discarding all known mitochondria, they diagnosed a deletion in 5q 14.3 with involvement of the genes RASA1 and MEF2C.

With epilepsy medication she has not had more crisis, in general she has been a healthy girl catching the typical viruses and bacteria that all pre-schoo children catch.

During these 3 years Alícia has taken part in many therapies (physiotherapy, speech therapy, hydrotherapy, osteopathy …) during which we have discovered lots of charming and involved professionals who have helped us a lot to understand the girl and to help her to move forward.

Alicia currently attends a special education nursery (CAE “Les Girafes Blaves”) where she performs all sessions of stimulation, physiotherapy … and where we have been taught to make the best of her and the family are given all the support. She also attends swimming sessions, horse therapy and music therapy (which she loves).

As for her evolution,it is being very slow but little by little she is connecting with her surroundings and is advancing a little.. Alicia does not walk or crawl, she has been able to stay sitting and turn around since she was one. She has some stereotyped movements, she does not speak but she makes herself understood and little by little she has told us what she wants and what she likes. She is starting to use pictograms, she loves the ipad, the swings and the musical toys.

She is a very nice and very affectionate girl with whom we can go everywhere following her older brothers (she loves party) and she has the whole family and friends captivated. The truth is that we are very lucky to have an environment and a family that supports us very much and gives us strength and energy to help Alicia reach the maximum she can.

It has been a great luck that this association exists since it has allowed us to obtain information on this subject and meet people in our same situation so we can share experiences with them. Knowing that someone is investigating these issues gives us hope to continue fighting for the better quality of life of our daughter.”

Last Saturday morning we had the pleasure of being present at the open day of San Cristóbal School. Thank... read more 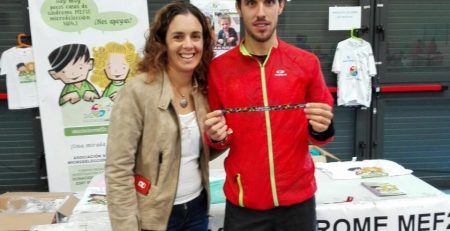 THE MEF2C ASSOCIATION IS IN THE PRESTIGIOUS RACE TRENCAMOLES

When we founded the association five months ago, one of the first messages we received was one from Jordi... read more

New points of sale of the solidarity bracelets in Toledo

Today we want to announce that in Toledo, hometown of our little Laura, there are many people interested in... read more

UJI Teaching Student Group chooses our project for their work

Happy Saturday! Today we would like to thank this group of students of Teaching at Universitat Jaume I ,... read more 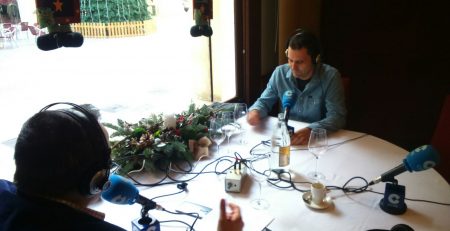 This morning Jesus, Celia's father, had the opportunity to speak about our association and its objectives in Cope (radio... read more

Success of “Bienhumorados” at Teatre Raval

Today we have got up with a smile in our mouth and full of positivism after the conference “Good-tempered”... read more

CD. Castellón supports our cause once again

This morning we had the pleasure of coming back to Castalia stadium in Castellón, where once again we felt... read more 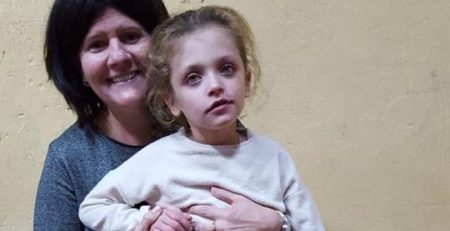 Thanks to Luna Saez, our website has an English version

From our Facebook, today we want to thank Luna Saez, she is a great friend of ours and has... read more

We had no better way to start Easter holidays! Yesterday we had the opportunity to meet Lisa and her... read more 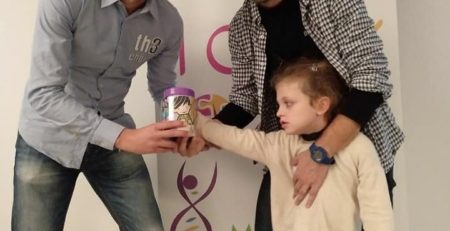 We continue advancing in our challenge. Today is Ángel Dealbert Ibáñez, player and team captain of the CD Castellón,... read more